When I was young, my family took a lot of road trips up, down, and around everywhere east of the Mississippi, and even once all the way out to Montana. When I moved to Colorado, I took a lot of road trips around the western states to see everything I could before getting my master’s degree and moving back overseas. When I stuck around after graduation and found that travelling internationally from Denver was kind of a pain, I took some large pseudo-domestic trips, such as to Hawaii and Alaska. After all this travel, I found myself at the beginning of 2017 with only two states remaining to set foot in: Oregon and Idaho.

And now, there’s just Idaho. This is my somewhat-creative writing blog, but by day, I’m a technical writer and I work for an excellent and successful company. So excellent, in fact, that they picked up the tab for me to attend the Write the Docs conference, which happened to be in Portland, Oregon, this week. I have to specify Oregon because as an east-coaster, I still think of Maine first when I hear Portland, and I imagine some of you do too. I won’t go into all the details of what one learns and talks about at a technical writing conference, but if you’re curious about the career, I highly recommend Tom Johnson’s blog. He’s a tech writing guru, and he totally had groupies (including me) at the conference. Here, I’ll sum up some of the other highlights of the trip and save the show notes for my coworkers.

Let the bookstore tourism commence! If you follow me on Twitter, you’ve undoubtedly seen me post numerous links to amazing book stores around the world. Sometimes, the stores are about the architecture and sometimes they are purely about the books. Powell’s City of Books falls firmly into the latter category. It ain’t pretty, but it has every book you could ever want. It was overwhelming. And magnificent. No one should be surprised that this was the first place I went Saturday morning.

Living in an arid climate, I forget how green other places are. What specifically caught my eye in Portland on a hike through the Forest Park was all the moss. It dripped off every tree, creating a very Princess Bride fire swampy feeling. The International Rose Test Garden was lovely as well, though not in bloom when I was there. I can only imagine how it must take one’s breath away when it is. 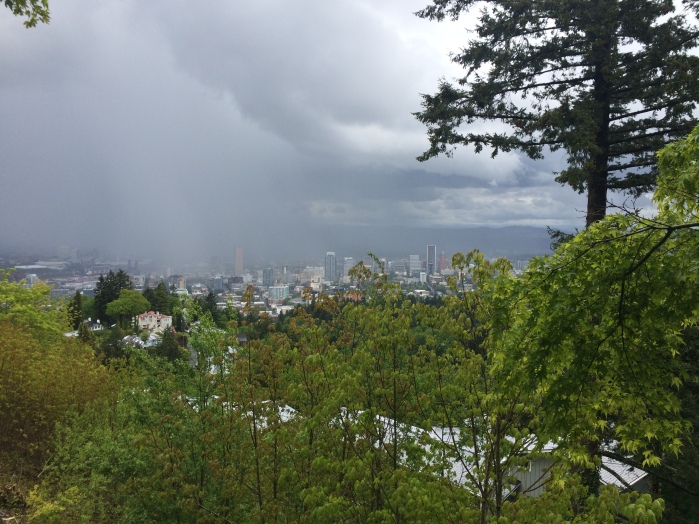 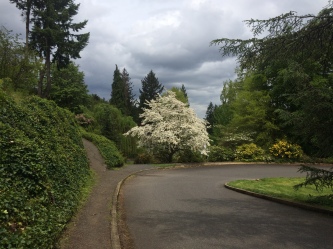 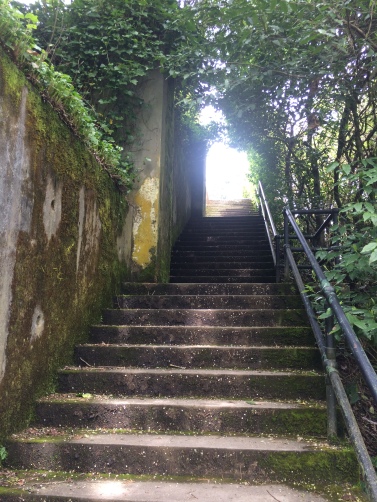 Water! I love water. And it’s a good thing because I got plenty of it. It rained, and hailed, just about the entire time I was there, but it held off long enough for an oxygen-rich run along the waterfront and over the numerous bridges with the Westin run concierge and some handsome men of Portland.

I didn’t get to as many restaurants and bars as I would have liked because the conference kept us well fed and lubricated, but I managed to try a few, most notably the Multnomah Whisk(e)y Library. Denver has Williams & Graham, but this is a whole different level. There is not a bourbon, scotch, or whiskey, or any other liquor along those lines that can’t be found in the library, which has rolling ladders to reach the top shelf items, just as any good library should. Our server was phenomenal, taking the time to chat with every one of the nine of us to make sure we understood the offerings, got a beverage precisely suited to our tastes, and were enjoying the gourmet food. This is a must-try.

I also paid $3.50 for a single donut at Blue Star Donuts. The Blueberry Bourbon Basil yumminess was worth every penny, and the guy behind the counter was incredibly hot and flirtatious, so no regrets. I ate Korean barbecue and Lebanese at a few of the food pods and Ethiopian at the night market, all of which were treats because Boulder is seriously lacking in any non-American food. And I had a great lunch chat about life in Portland with the barista at B Street Coffee House since I was the only customer there.

This merry-go-round was the conference venue. The decor and the spring-loaded floor added to the lively and friendly atmosphere. Breakfast and lunch were delicious, with plenty of healthy options available. Mid-day snacks consisted of spiced pecans, fruit, chocolate, cheese, and little bottles of Perrier. Coffee and water were plentiful, the bar was open from lunch onward, and staff were always on hand for any requests and to keep the place tidy. Also, sometimes it’s the little things that really do it for me. Each ladies room had a little basket filled with toiletries like hand lotion, flossers, panty liners, laundry wipes, kleenex, even mini deodorants…all the little things you might suddenly need when you are spending 10 hours a day, three days in a row, at a conference. So thoughtful.  If I were organizing any event in Portland, this would be my top choice venue. 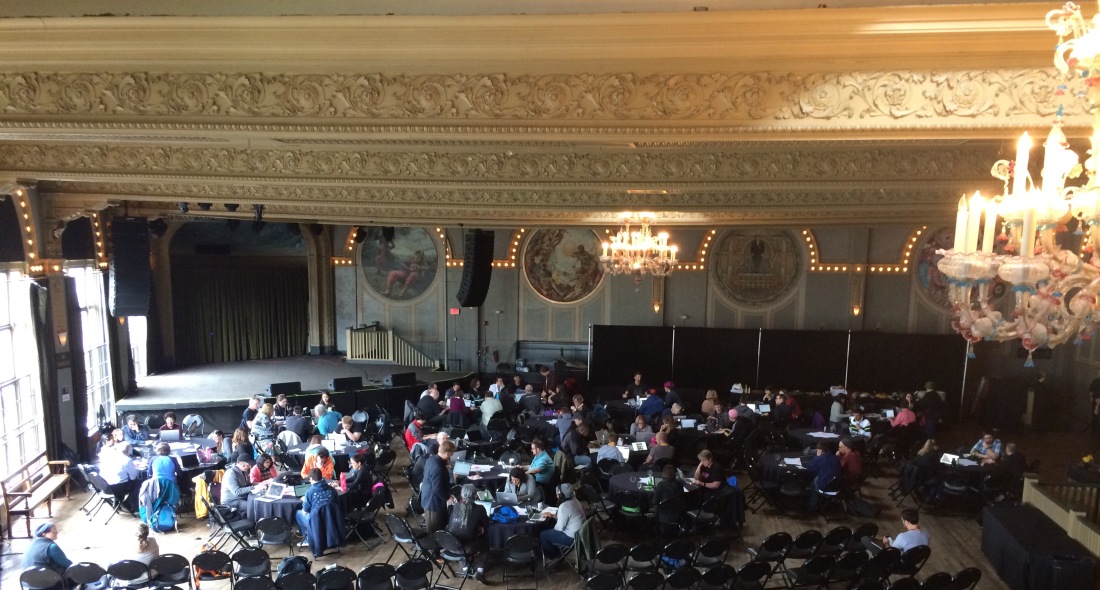 It took me a while to figure out why everyone had Seahawks gear on. I don’t think I’ve ever been to a US city that didn’t have its own professional sports teams. Although, the internet is telling me that Portland has a basketball team. Who knew?

There was an unbelievable amount of homeless folks. I thought Denver had a problem, but it doesn’t come close to Portland’s.

Shout out to the Westin. I was the lucky guest of the week, I think. Early check in, late check out, a room on preferred guest floor, a nice soaking tub to warm up in after getting hailed on during the Saturday hike, and a free snack delivery after joining the Tuesday morning run. They also had a nice daily happy hour in the lobby and all the staff were super helpful and welcoming. I don’t know why I was treated so well, but it certainly added to the pleasure of the trip.

And finally, sorry, Portland. I love ya, but you’re not that weird. Maybe it’s because I’m from Boulder or maybe it’s because I wasn’t there long enough and didn’t go to the right places, but I didn’t see anything exceptionally weird. I saw a vibrant and fun city. OK, I guess it’s weird that they love to use their airport code (PDX) everywhere, in URLS, in store names, in user names online–they really seem obsessed with it–but that’s still pretty tame.

4 thoughts on “The Portland of My 49th State”