When I was 21, I spent five months living in India. It was only the second foreign country I had ever been to, and the first was Australia, which didn’t really prepare me for what I was about to encounter. The conditions people existed in—both their own physical bodies and the environment around them—were horrific. People had all manner of rashes, diseases, infections, open wounds, and missing limbs. They lived six people to a single room or two people to a single patch of sidewalk. They were dirty and hungry and desperate. Every time I would walk down the street to run a simple errand or go somewhere, people would touch my light hair or my pale skin, or tug at my clothes and ask if I could help them. It was a shocking but crucial formative experience in my development as a compassionate human being and a critical thinker.

On my way home, I was sitting in JFK waiting for my transfer to Buffalo. A woman at my gate was on a cell phone trying to arrange the rescue of a dog. A single dog. She was making call after call, arranging transportation and foster parents and even media coverage. She was loud and animated and I wanted to punch her in the face. I wanted to scream at her and shake her. What was wrong with her? Who was this unimaginably rich person (because all Americans seemed fabulously wealthy to me considering what I had just come from) throwing all these resources into a stupid animal when there are literally millions of people in one single country living in abject poverty who could do so much with the money she was spending? She had her priorities so wrong and I hated her.

Now I am her. Not to that extreme, but among the causes I support with time or money, animal rescue is at the top. So what happened? Did I lose my compassion? Should someone scream at me and shake me? Are my priorities screwed up?

What happened was my life experiences changed. I adopted a dog. It’s natural to become most invested in the issues that touch our own lives. Of course we all want a cure for breast cancer, but until our mothers or sisters or aunts die from it, most of us aren’t out there on the walks, wearing the pink ribbon. Of course we all believe that every adult should be able to read and write to have more opportunities and a better life, but most of us aren’t volunteering our time teaching those who can’t. Of course we want people whose lives are destroyed by a hurricane or flood to have some help getting back on their feet, but most of us aren’t opening our guest bedrooms to these people or helping them clean the debris from their lawns. And if every human who donated to charity only gave to organizations that provide food and shelter for people who need it, what would happen to Alzheimer’s research, conservation efforts, the public arts, or abused animals?

We may fundamentally care about dozens of causes, human, animal, plant, and mineral, but we have only limited time and money to actively support them. We have to choose. And if we all chose the same thing—people in India who need medical attention and food, perhaps—the world would not be better off. So we choose the causes that are closest to us and make small differences where we can. So, no, I don’t feel guilty that more of my resources go to helping animals than people. I also don’t let myself be guilted into making those “Would you like to donate $1 today for cause XYZ” donations at cash registers. I have no problem looking the cashier in the eye and saying no because I help the world in my own way, not the way Target says I should.

Why am I writing this post now? Two weeks ago I found a drowned dog in the diversion ditch by my house. I can’t be certain it was drowned intentionally, but from the way it was floating, the legs seemed tied and weighted down. In addition, the water was slow moving and the level low, and it would have been easy for any unfettered animal to walk right of the ditch onto the land. I beat myself up over this incident for two days. Why couldn’t I have been there to help the dog while it was still alive? Why couldn’t I have done something to prevent its suffering? Dogs absolutely feel fear and sorrow and terror and panic and pain, and I hate that I wasn’t there to help. Why couldn’t I figure out who did this and beat him half to death with a baseball bat? I know that kind of violent retribution is not right, but it’s how acts of animal cruelty make me feel, especially when done to the most loyal and trusting of all animals. I do not understand the type of person who could hurt a dog that way and have no desire to understand them either. They are some of the lowest members of our species.

I know my frustration with myself over this incident was entirely illogical. I had no way of knowing it was happening. I actually don’t even know what happened. But I was upset and ended up going down a long spiral of animal rescue videos, sobbing an embarrassing amount, and giving my dog endless hugs, kisses, cuddles, and treats.

And that’s another important lesson I learned in India: one person cannot save the world. I spent some nights crying in India because the problem of the human condition was so overwhelmingly in my face. I couldn’t even afford to give 50 cents to every person who asked me for help. There were too many people. I had to try to steel my emotions against the daily onslaught of pleas for help. We have to pick our causes and often pick a specific case within that cause. But then, we need to remember that what feels like a tiny contribution in the ocean of injustice is actually a massive contribution to the recipient, human or animal.

Animal rescue organizations exist all over the world, many of them in poor countries like India. Given how difficult it is for many people to survive in that country, it should come as no surprise that animals there are also in desperate need of help. I couldn’t be there for that poor dog I found, whatever happened to him, but I could, and did, donate to people who are willing to help other animals. And I have a stray cat I care for here.

And to my dog, a rescue from the Denver Animal Shelter almost nine years ago, who was found on the street covered in burrs, dried mud, and matted fur, who bared his teeth at the smell of cigarettes or alcohol for many years and displayed obvious signs of abuse from his previous owners, my rescuing him was monumental. And I plan to continue to give him the best life ever until he moves on and makes room for another pupper to be rescued. So with that said and with the official start of autumn upon us, here are the highlights from Trotsky’s summer vacation. 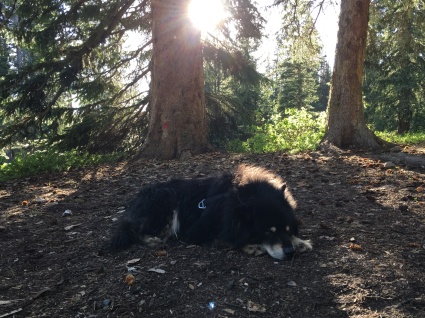 Catching Some Sun at Home

Owning Boulder with His Lady Friends at the VCA 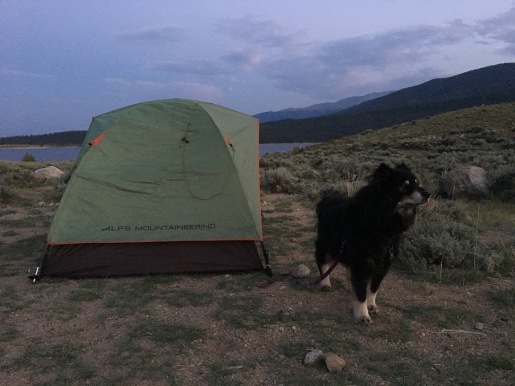 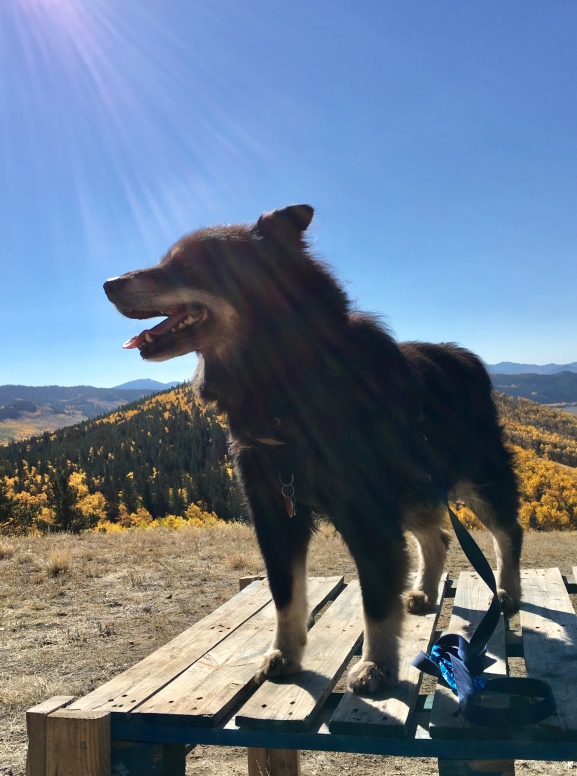 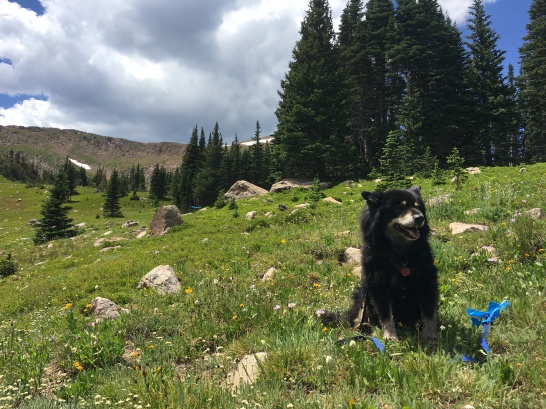 2 thoughts on “Being Dog’s Best Friend”