I love Boulder. But as I’ve mentioned before, Boulder is almost 90 percent white and, more importantly than skin color, fairly homogeneous in terms of interests and education level, especially in my group of friends. So, while I went to China to learn about the Chinese, I also talked to everyone I met on the various tours I took. People are endlessly fascinating if for no other reason than that their lives are nothing like mine. Among the tourists I spent time with were

I just love that because of our interest in China, we all crossed paths. We never would have otherwise. I feel my life is richer in some small way for having spent a few hours with each of these people and learning something about their experiences on this planet.

But of course, let’s actually talk about the Chinese! There are 1.4 billion Chinese living in a land mass essentially the same size as the United States, but we have 1 billion people fewer. Just think about that for a moment. They have 375 people per square mile (and infinitely more than that in the cities) compared to our 85 per square mile. So many people! I never really had a reason to think about the effects of a population this size, but after I landed in Beijing and saw rows and rows of hundreds and hundreds of high-rise apartment buildings on the outskirts, it began to sink in. When I realized places I wanted to go at night were an hour and half ride on the metro from my hotel, the reality of the massive city size hit home. It’s no surprise that China dominates lists of the most populous cities.

While my interactions with Chinese people were limited due to the language barrier, I found everyone I did spend time with to be friendly, polite, hardworking, and accommodating, even most people living in these immensely crowded conditions that can bring out the worst in all of us. Despite said language barrier, I didn’t feel all that out of place there. The Chinese don’t stare at you or catcall or try to touch you, as happens to foreigners in so many other countries. The few people I caught staring at me instantly returned my smile and then turned away in embarrassment. Random people stepped in to help me ask for something or deal with my suitcase. I came out of this trip with an unequivocal affinity and respect for the Chinese people. 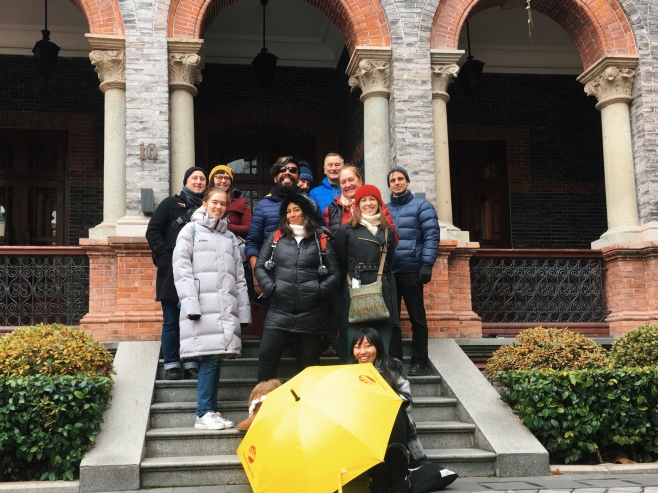 2 thoughts on “On the First Day of China: All the People”