With 1.4 billion people and 15 cities with over 10 million people each, transportation in China needs to be a well-oiled machine. And it is! All those people are on the move every day with bicycles, scooters (many of them electric), cars (many of them also electric because China has understood that you have to build the infrastructure first (i.e. charging stations) if you want people to buy electric cars), buses, ridiculously cheap taxis (but no Uber), the metro, planes, and the fantastic bullet train. The bullet train was very much part of my “must-do” list for this trip. It’s a bizarre thing to look out the window of something that is moving so fast that a plane coming in for a landing appears to be suspended, motionless in the sky. 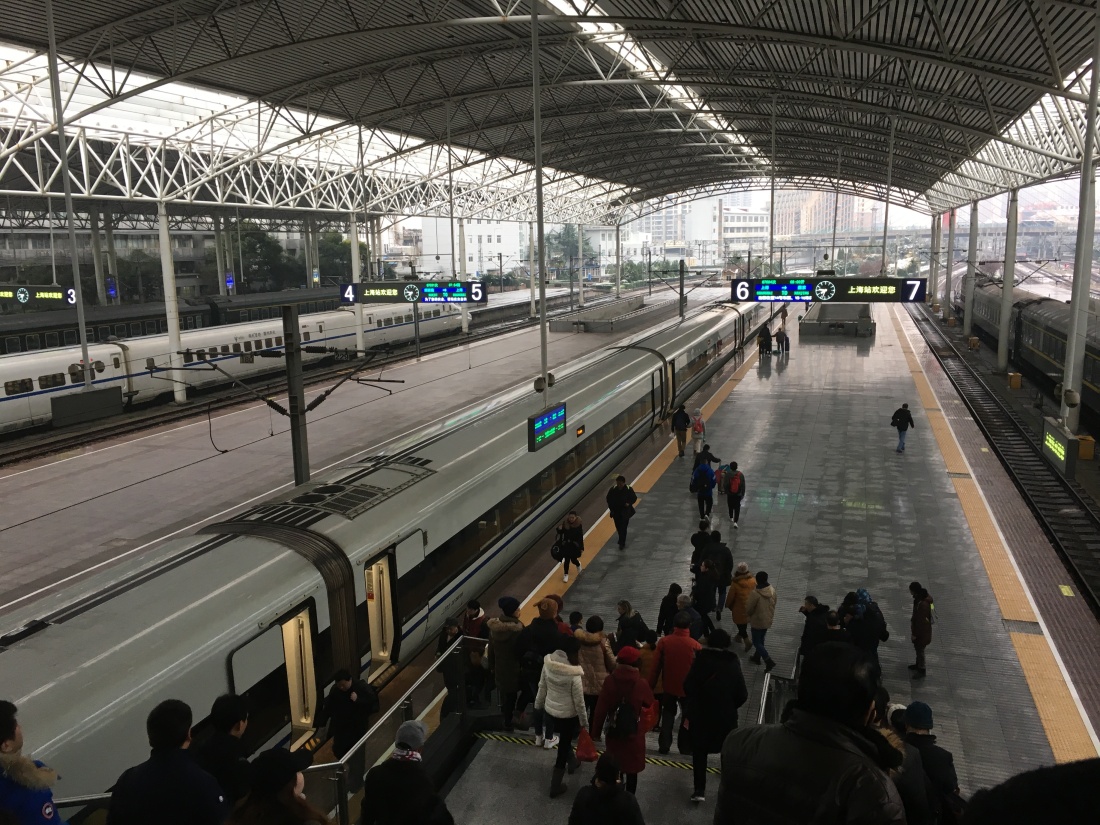 And they have transportation security but they aren’t assholes about it (fuck you, TSA). In China, every single time I went into the metro, I had my bags go through a metal detector. Every time I got on a plane or the bullet train, I had to take out my liquids and electronics, send everything through a metal detector, and get a pat down. Every single time. But it was efficient and purposeful and in no way slowed down the flow of people these cities of 20 million+ people. It’s a safety measure, not a punitive measure intended to harass (fuck you, TSA) or a ridiculous display meant to overly demonstrate a lack of bias against any particular group when what it really indicates is a lack of training and critical thinking.

The efficiency also has something to do, I suspect, with my previous post about overstaffing, but it makes sense. Why should I have to get to the airport three hours early because I need to stand in line for two hours? I got to the Denver airport 1 hour and 50 minutes before my flight and nearly missed my check in time by 2 minutes. Just 2 minutes (according to the agent who was mildly scolding me for being so “late”) because I had to wait in line almost an hour to check in so an American Airlines agent could verify that I had a visa for entry to China in my passport. That’s absurd. I should have been able to use a kiosk or they should have had more staff given that it was the Friday before Christmas. Change your process or hire more people. China does both.

I was amazed by it all. By the custom blankets people have for their scooters to keep themselves warm in the winter. By the extensive maps, apps, signage, and other guidance they have for using the metro so that even though my hotel metro stop in Nanjing had 24 exits (24!!!), I knew exactly where to go. By the fact that all my flights from China boarded early and left on time, at a minimum (although maybe I just got lucky?). By how people filed on and off the plane in half the time it takes Americans. I think the Germans have a rival in the efficiency competition and, as someone who’s been told my whole life that I walk too fast and drive too aggressively (which is a passive person’s word for efficiently), I admire them both.

6 thoughts on “On the Seventh Day of China: Move It, People!”