One thing I noticed fairly early on in my trip is that the Chinese use the word “new” to talk about anything from the Qing dynasty onward. The Qing dynasty started in 1636, just moments after the pilgrims landed on Plymouth Rock. The thousands of years of dynasties before that are the real history to the Chinese. They’ll talk about sections of the Great Wall or ancient palaces and gardens that are “new” because the Qing restored them…300 years ago. Or even the Mings, who ruled from 1368-1636! This different frame of reference fascinates me. I realize that the land of the United States was not vacant prior to 1620, but the history of me as an American, the history I can identify with, is only as old as what is “new” to the Chinese.

Everywhere I went, I was dumbstruck by the thought that I was looking at constructions from B.C. B.C.! The terracotta army was constructed in 210 B.C. 2,229 years ago. Parts of the Great Wall were built in 220 – 206 B.C. Maybe this isn’t so impressive for Italians or Egyptians or people from the Tigris–Euphrates area, but I have a hard time wrapping my head around this.

And then there is the real recent history, the 20th century with civil war, the end of thousands of years of dynasties and emperors, cultural revolutions, economic domination, San Yat-Sen, Mao Zedong, Zhou Enlai, Chaing Kai-Shek, the end of foreign concessions, Hong Kong, Taiwan, Tibet, and the horrific, horrific Rape of Nanking. 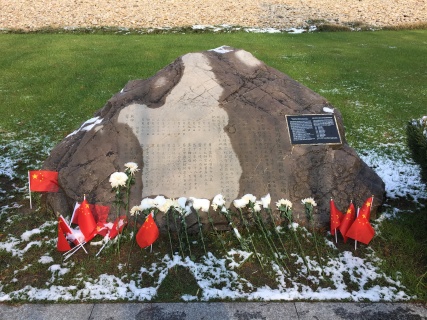 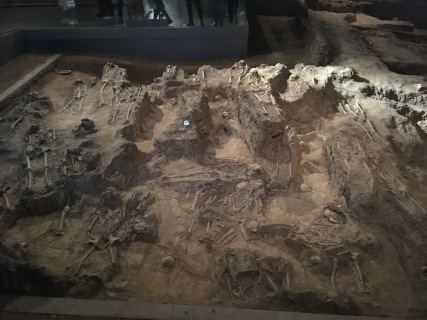 How can one place encapsulate so much of everything that has ever happened on this earth? China runs deep with emotions and tales of all kinds and is a place where your imagination can run wild.

4 thoughts on “On the Tenth Day of China: History’s History”