Back in January, I invited a date over to my house. Before he came inside, I gave him the obligatory warning about my dog. That is, don’t get in his face or near his food and generally just give him his space. It’s not that Trotsky Bear is vicious, but he does require human interactions to be on his terms. He’s not a cuddler—he doesn’t like any pressure on his body—and gets upset when he feels trapped, such as when strangers grab his face with both hands. I may be paranoid, but when your dog has nipped someone a few times—even if it was over three years ago and only happened because he was living in a stressful situation with a cat and a guy who was drunk and angry all the time—that’s how it goes. Better safe than sorry.

But this guy, like so many other friends and lovers, gave the old standard “I’m good with dogs” line as he ignored me repeatedly asking him to stop touching my dog. And that was a huge strike against him. Why is it so hard for someone who met my dog five minutes ago to listen to me, who’s known my dog for nine and a half years, when I say to leave him alone? No, you aren’t “good with dogs.” If you haven’t realized that his ears have gone back and his tail down, and you aren’t listening to what his owner says, you aren’t good with dogs.

If you’ve ignored all my dog’s communications that he’s unhappy, and you are blatantly ignoring what I’m telling you, my opinion is that you deserve to get bit. You’re being a dumbass. I don’t care what happens to you at that point. I care about what happens to my dog. I don’t want you to punch or kick him if you get bit. I don’t want you to report him to the county and have them come and take him away and put him to sleep because you’re an asshole. That’s what I worry about.

Again, my dog has never seriously chomped down on anyone. He has given warning nips. And that’s usually after he’s tried every other way to communicate his displeasure and been completely ignored. He’s pretty good about growling as a last ditch effort to get you to listen to him. People say you shouldn’t let your dog growl. I’ve never had a problem with it. Dogs have limited means of communication. He can’t politely ask you to stop what you’re doing. He can’t yell at you to knock-it-the-fuck-off. Growling is all he has after body language, so I’ve never disciplined him for it.

People expect too much of dogs, and I don’t think it’s fair. When I first got Trotsky and took him to interview for suitability at a big name doggie daycare, part of the evaluation was an employee throwing her arms around him in an embrace. He growled at her. Of course he did! She’s a stranger who just restricted his movement. If a random human did that to me, I’d punch him in the face. But Trotsky’s self-defensive noise meant we were not welcome there. So, we went elsewhere with a more rational intake policy, and Trotsky ended up going to doggie daycare successfully for several years. He did eventually tire of the constant stimulation from other dogs and get stressed out, so I stopped taking him, but I still think about what a dumb intake procedure that first place had.

Dogs have as many varied personalities and needs as humans do, and the expectation that they should all be as complacent as the average yellow lab is unrealistic. My dog has a lot of rules and requirements for the way people act with him, but so what? Many humans do too. He was abused before I rescued him from the Denver Municipal shelter, and it took many years to build up the trust and relationship I have with him now. Just because he still gets testy sometimes with people he doesn’t know doesn’t make him a bad dog. But when humans, with their infinitely higher powers of critical thinking and analysis, ignore very basic communication signs from both dogs and humans, well, that doesn’t make them bad humans either, but they take a pretty big tumble down my list of people I want to be around. 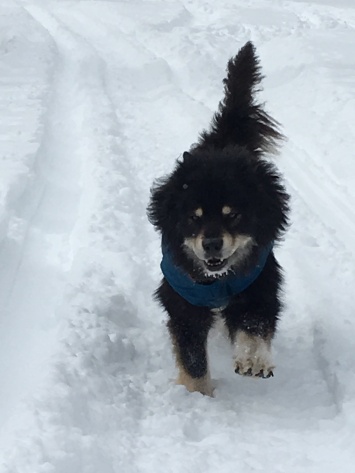 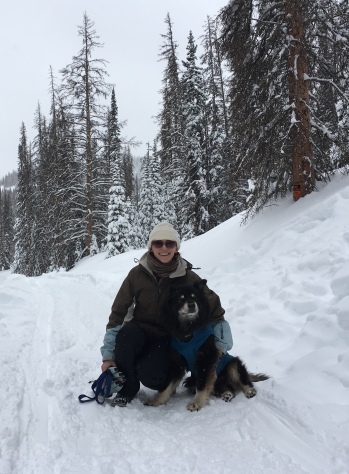 2 thoughts on “Hands Off The Mutt”