At the end of June, I flew my dad out from Buffalo for a little visit. The last time he was here, four years ago, I lived in downtown Denver, by Union Station, so we did a lot of city activities. This time, I’m a Boulder gal and much more outdoorsy, so the itinerary was quite different. We made a huge loop from Boulder to Glenwood Springs, down to Ouray and Durango, across to South Fork, and then back up to Boulder. We visited some natural wonders, like the Black Canyon of the Gunnison and Great Sand Dunes National Park, but the main purpose of the trip was to check out old mining towns. My plans were somewhat thwarted by the massive dumps of snow Colorado had all winter, even as late as June 21, which meant some of the back country roads I wanted to take to get to the most remote places were still closed the last weekend of June. But we got to roam around plenty of places that were good fodder for the imagination. And I’m sure my dad was happy that he was saved from more jostling around in my SUV than he already got.

Marble still has a population of about 150 people, so it’s not quite a ghost town, and apparently it is the place to be the last weekend in June. Slow Groovin BBQ was just getting heated up when we rolled in the in the morning, but by the time we finished our hike to Crystal, there was a line down the street and hundreds of people partying at Beaver Lake. We stayed only long enough to explore the well-cared for ruins of the old marble factory. 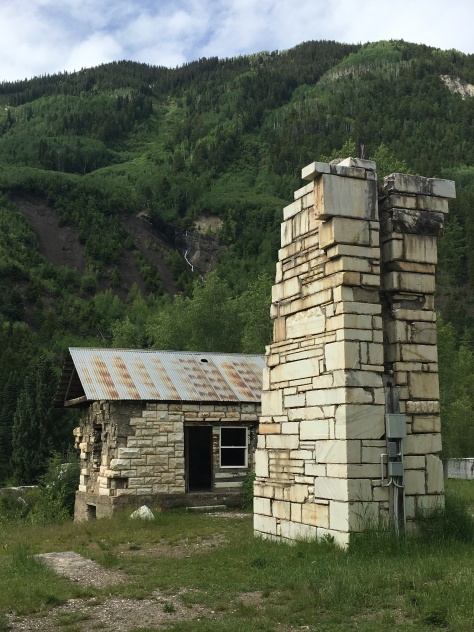 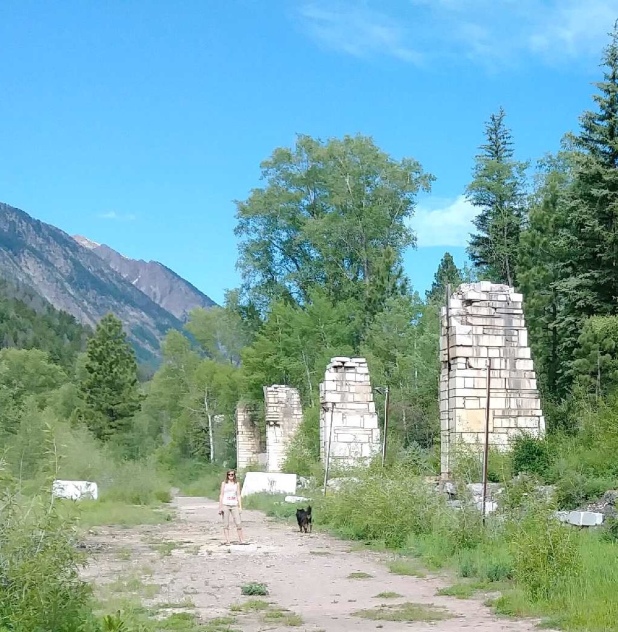 Crystal is six miles, or a one hour drive, east of Marble. After the first two miles, it turns into what is unquestionably the worst road I’ve ever been on in Colorado. Almost the worst road I’ve ever been on anywhere, although I can think of one in the middle of Jamaica that was as bad. I tentatively drove over jagged, tire-piercing rocks until my dad couldn’t handle it anymore. He was so nervous for my car, but I wanted to make sure that I drove close enough that he’d be able to walk the rest. And he did! He was very proud at the end of having done a proper Colorado hike with his daughter, as he should have been! The “mill,” which is actually a powerhouse, has been widely publicized lately and is as beautiful in person as I thought it would be. The town has about eight houses, which some people actually live in during the summer, though I’m not sure who they are, and it has a bookstore. Love it! Several more ghost towns lie beyond, so if you are on a proper jeep tour, you can usually keep going. But because of all the snow we had this year, that pass was still closed and even people with hardcore knobby tires had to turn around shortly past Crystal. 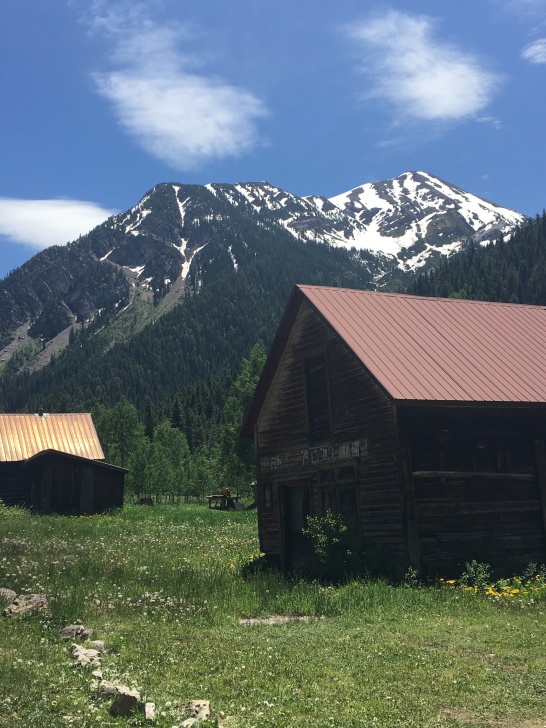 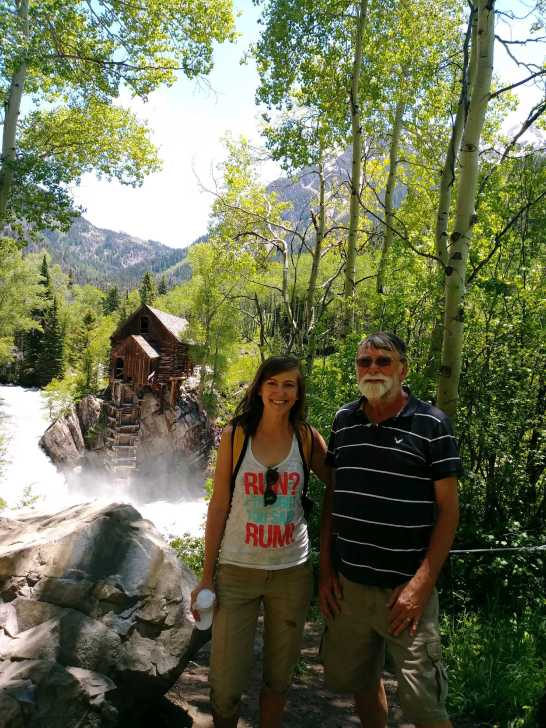 Ironton was the favorite stop for both of us. After cruising from Ouray down the Million Dollar Highway and terrifying my dad with the sharp turns, steep drop-offs, and almost total lack of guardrails, we came to a little turnoff shortly before the summit of Red Mountain Pass. The town is only a quarter mile off highway, so you could even get there in a sedan. The collection of buildings in various states of decrepitude can be explored at will. You can check out the old wall paper, some remaining artifacts, and some furniture. The upstairs are blocked off, presumably for safety reasons. There are preservation efforts underway, but funding is limited, so don’t vandalize the place, please. Leave everything as you found it for others to enjoy. And stop carving your stupid initials into trees! 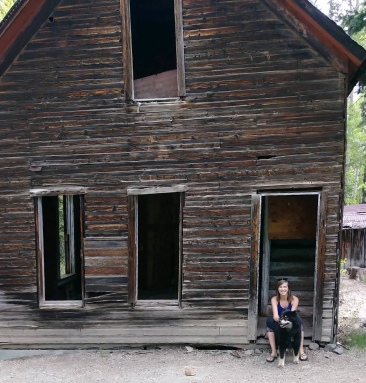 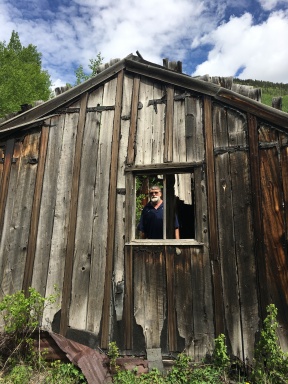 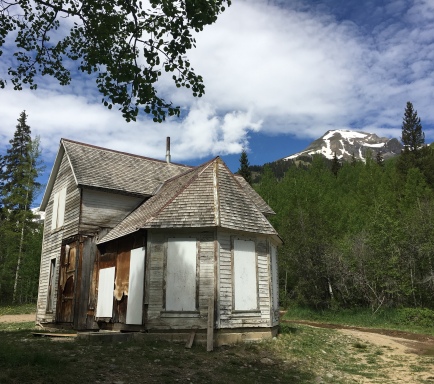 Red Mountain is the highest summit on the Million Dollar Highway and also the town most recently ghosted. As with Ironton, you can freely explore, though you probably won’t find the modern toilets, formica counters, hot water heaters, foam tile ceilings, and 1950s furniture as fascinating. These houses were heavily vandalized, so be careful of broken glass. Heading south from the summit, you can take the turnoff to the east and go on the back roads to explore more of the mining equipment and buildings themselves, rather than the town. We even found one that had machinery that was made in my hometown, Buffalo, New York! 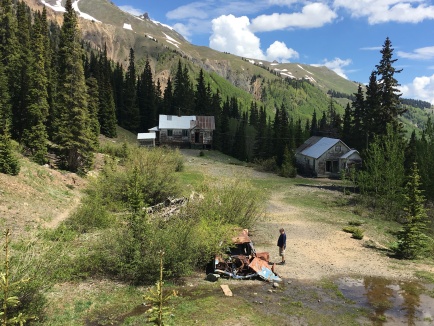 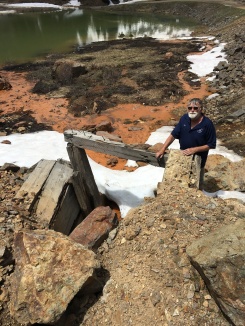 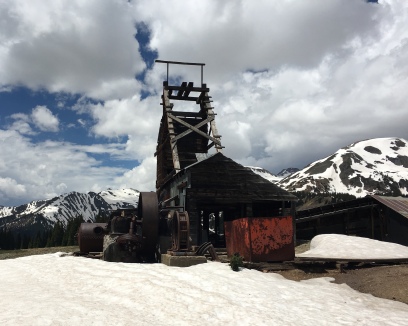 Mosca has nothing to do with mining, and really nothing to do with anything at all. Nothing but a place literally called the “Pit Stop” for snacks on your way to the Great Sand Dunes National Park or Zapata Falls. But my dad spotted this beauty, a “see-through house” of the kind he says are common in the Dakotas. Mosca is in a valley, a hot and dry farming community surrounded by 360 degrees of epic peaks. Who were the people that built this house? How long did they stay? How did they feel when finally gave up and left? I’ll never know, but this homestead gave us a lovely final image of Colorado past. 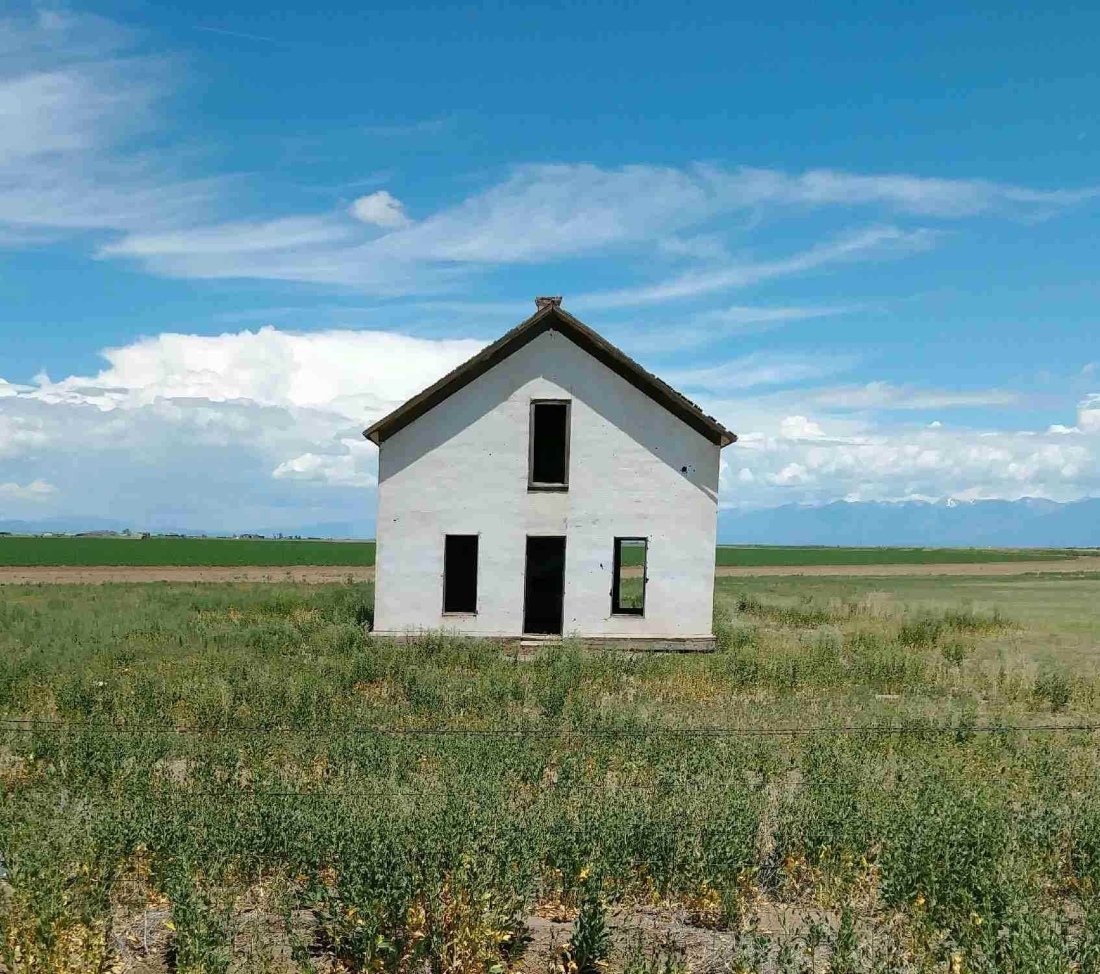 2 thoughts on “Ghosts of Colorado Past”