Last week, I returned from a much needed vacation to Glacier National Park. This was supposed to be our annual girls’ trip to run a half marathon with Vacation Races, but, unsurprisingly, the race was canceled. We sat tight for awhile, watching to see what would happen with the state and park. On June 1, the state ended its 14-day quarantine for visitors and parts of the park started to open up, so we decided to go take on some epic hiking. The east side of the park was still shut down, which means we didn’t get to see the actual glaciers, but that shouldn’t be a deterrent to anyone considering a trip up north. The forests and lakes and activities on the west side are endless and beautiful, and I certainly don’t mind having a reason to go back that way someday.

The first four nights of our stay were in Essex, a town we knew nothing about. We picked it only because this AirBnB was so adorable. Turns out that Essex is some kind of railroad hub, with the only Amtrak request/flag stop on a Chicago-Seattle line. The last time I saw a flag stop was in Alaska. The first night, as we were grilling in a backyard, we did indeed see the Amtrak stop and a random guy get off and starting wandering down the road. And we could have slept in a caboose if we had known! The village also has beautiful lupines, hiking right out the back door, and a great little restaurant. 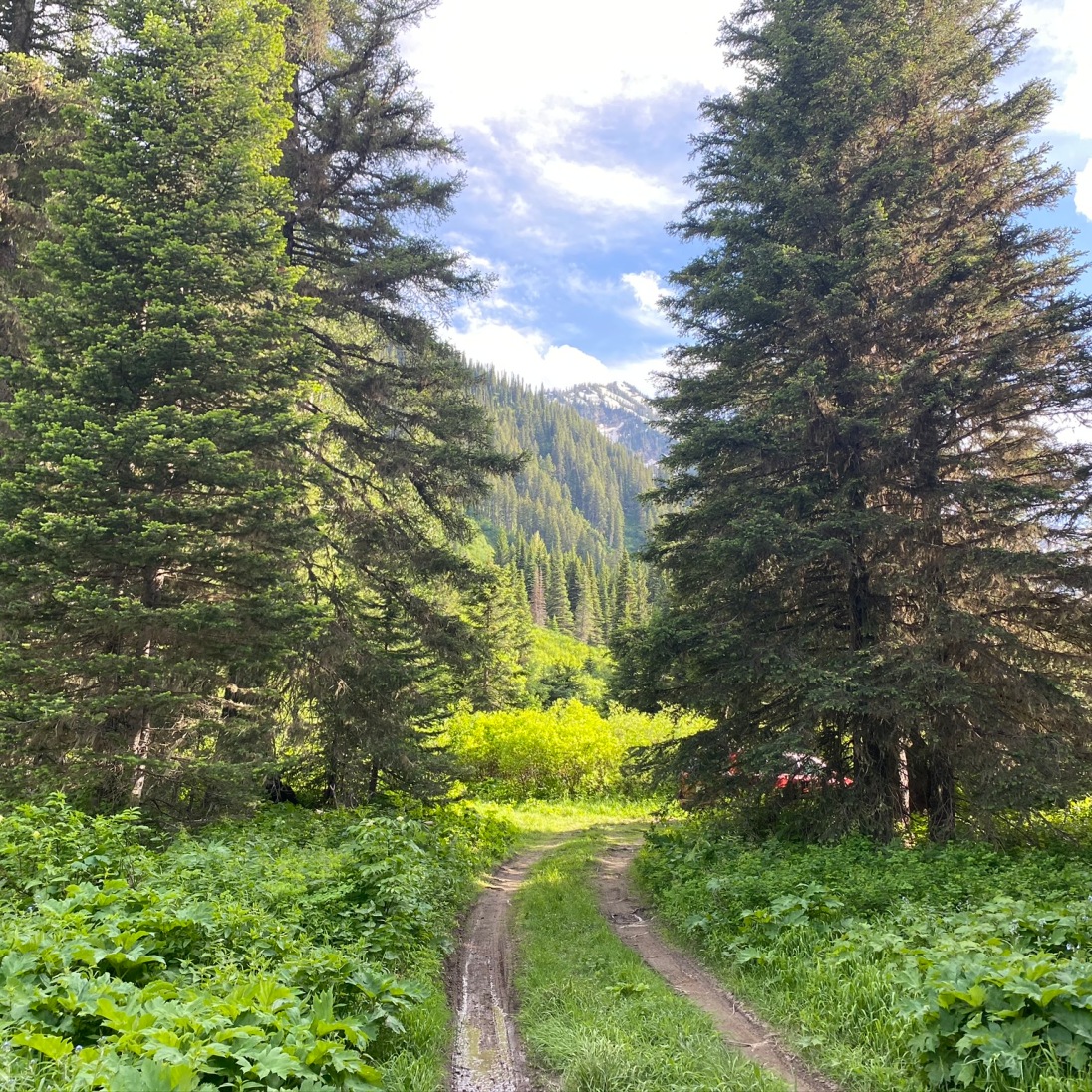 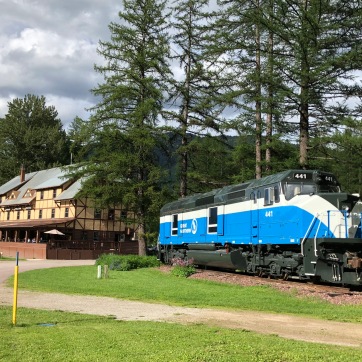 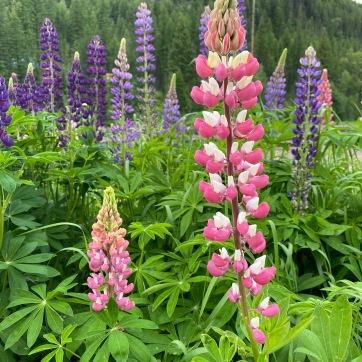 This was race day and we did indeed complete 13.1 miles. 13.5 actually, with almost 4,500 feet elevation gain, some of that through the snow. Unlike the race, which would have taken about two hours, our hike to Sperry Chalet and beyond took almost seven. There was too much snow and ice to hike to Sperry Glacier – we lost the trail to the snow minutes after we got started. But the views were still incredible. On the way back down, we had quite the shock when a part of the trail we had walked along hours before was suddenly blocked by two, enormous fallen trees. This happened to me once before in Colorado, about five years ago, but in Glacier, it felt different. Having missed one on our first day by only a few hours, we ran away throughout the rest of the trip each time we saw wildly swaying trees or heard them creaking. And that was often. 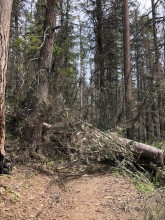 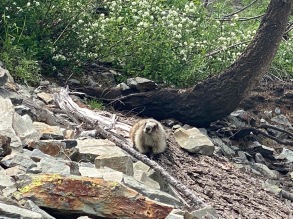 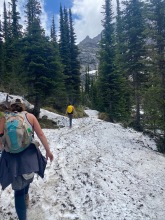 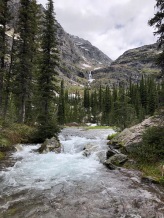 This day was a hike to the Scalplock fire lookout from a trailhead only five minutes from our rental. Fire lookout towers in Montana are still active and manned throughout the season. In Colorado, I think they are largely abandoned or converted to vacation stays and fire watch is done by drones or other technologies. We had another day with over 3,000 feet gain, but given that our Montana hikes started so much lower than they do in Colorado, this gain wasn’t nearly as challenging for us. These hikes started a good 6,000 feet lower than most of our 14er hikes do. Having plentiful oxygen makes a large difference. The top offered 360 degrees views of the surrounding mountains, the best vistas we had the entire trip. 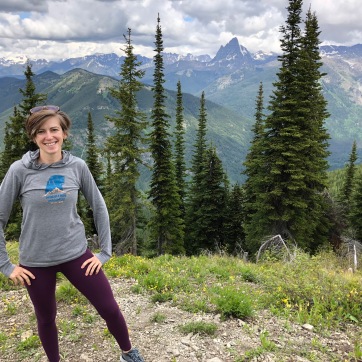 A fourth friend joined our group this day, just in time for all the rain. It rained the whole time he was with us, and, I’m not kidding, the sun finally came back out exactly when his plane took off Thursday afternoon. The Avalanche Lake trail is one of the most popular in the Glacier National Park, so we started it at 6:45 am to avoid the crowds. Success! We saw only two other people on the way up, and passed about 100 on the way back down. I am in love with this section of the Glacier forest. It’s mossy and creepy and mystical. Because the hike was so short and we finished so early in the day, three of us decided to go for seconds in the late afternoon to Marion Lake, a trail outside the park in the Great Bear National Forest. Great Bear, indeed! About a mile into a painfully steep trail, we realized we were on the trail of a grizzly when we started seeing his paw prints in the mud. We kept going a ways, but the trail was quite overgrown and visibility ahead was extremely limited. Eventually, the idea that we might go around a bend and run straight into Mr. Bear freaked us all out and we decided to turn back before the lake. 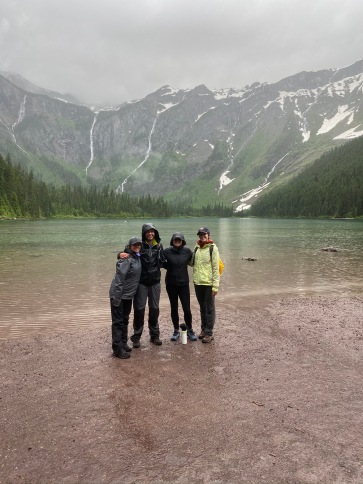 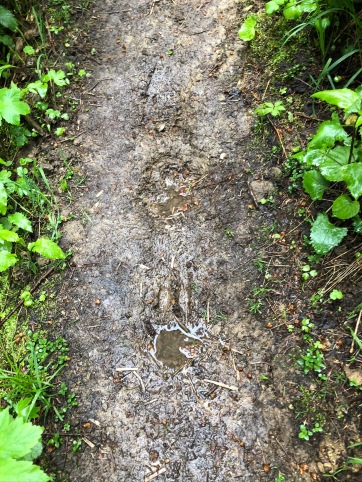 We all needed a break from hiking, so today was biking day. I have not been on a bike in five years. Five years! And for some reason, I thought the best re-introduction would be 20 miles on a rainy day with around 1,800 feet elevation gain. It was great! After a few miles, I was into it and having fun. A bear crossed the road in front of us at one point, but it was only a black bear, no grizzlies. We also decided to bike because this was the only way to see the eastern part of the park. Going to the Sun road was closed at the Avalanche Lake parking lot, and we hoped to bike all the way to Logan Pass. However, after about 10 miles, we were consumed by clouds and couldn’t even see the edge of the road. Time to turn back and enjoy that sweet, sweet, pull of gravity downhill. Well, it would have been sweet if our fingers hadn’t been freezing! 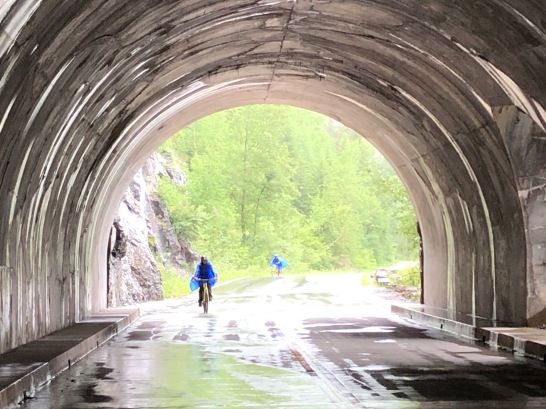 Another fire lookout hike, this time the Huckleberry Mountain Lookout. This hike came recommended by a waiter at the Izaak Walton Inn in Essex, and he did not disappoint. What was unique about this hike was that a little more than halfway through, the trail did a little loop-de-loop and spit us out on the backside of the hills we’d just been climbing. So suddenly, our whole view was of the north side, rather than the west. I’ve never been on a trail like that before. Although it was drizzling, the clouds cleared up just enough for us to sneak in some epic views of the valleys below. 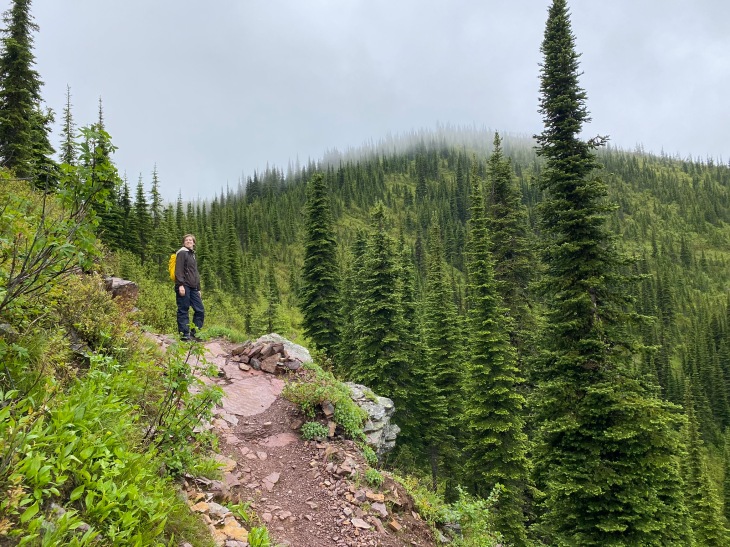 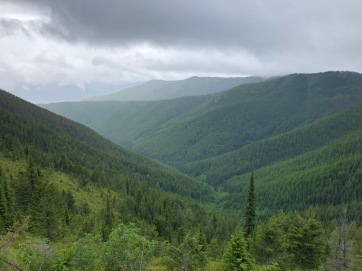 We had another thought today that we could “rest” from all the hiking, but what was meant to be a pleasant kayaking morning on Flathead Lake turned out to be a brutal, painful, horrible test of mental strength. We found a kayaking rental place that said, on average, the trip out to Wild Horse Island was 45 minutes. Wild horses? Sign me up! Big horn sheep too. The weather looked decent and the lake was flat as we began, happy and optimistic. Well, as fit as we are, the kayak trip out there was almost twice as long as advertised. And en route, the water got choppy. Really choppy. The temperature dropped, and the wind rolled in. We spent only 20 minutes on the island, nowhere near enough time to hike to where we had a chance of seeing the horses, and then began the hell trip back. Two hours of back-breaking, arm destroying strokes, left right left right left right left right. The torment lasted two hours non-stop, the wind pushing us backward ten feet if we dared stop for even two seconds to give our demolished bodies a break. It was terrible. When I finally reached the dock, my hands were curled into two claws that didn’t uncurl for several hours. My fingers and forearms hurt for several days after. You’ve been warned! Either plan for a full day trip when the weather is perfect or charter a boat and let someone else do the work. 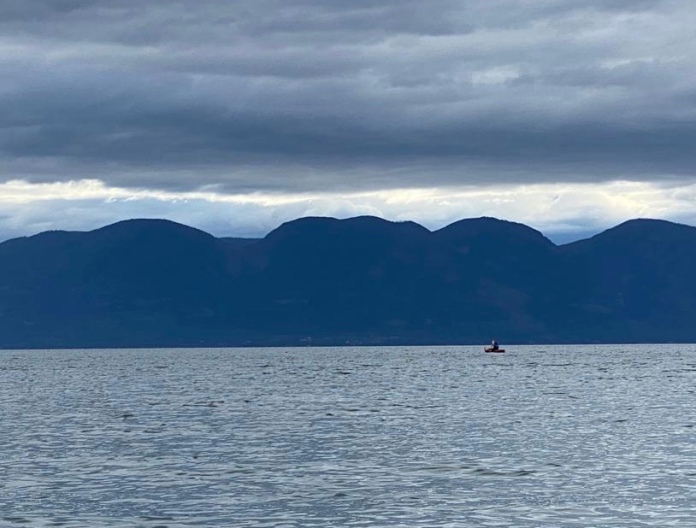 Full sun, at last! This was probably my favorite day of the trip. We packed in so many activities. A gorgeous drive up the western border of the park to only a few miles south of Canada, a hike through a fairy tale woods to a meadow of wildflowers, the reflective waters of Bowman Lake from an isolated beach, a deer friend, dinner and live music at a saloon in the middle of nowhere with a dozen happy doggos running around, and a tasting at a distillery with far too many delicious options to choose from. 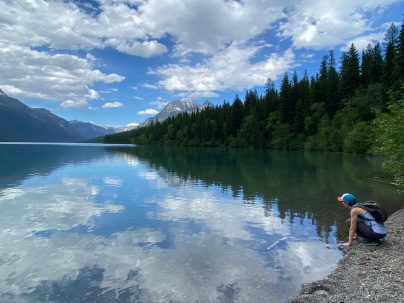 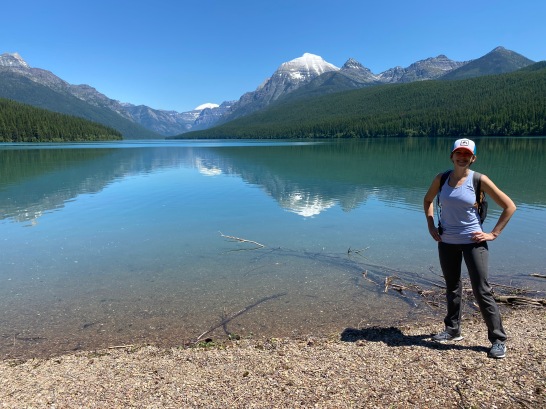 Time for a little pampering! We had the morning to hang out in Whitefish, so we indulged in all the girly things: a bakery, manis/pedis, shopping, an art festival, and a brewery. Then home again, home again where the rain had followed us but at least treated us to an epic, full rainbow right out of the airport parking lot. What a welcome back! 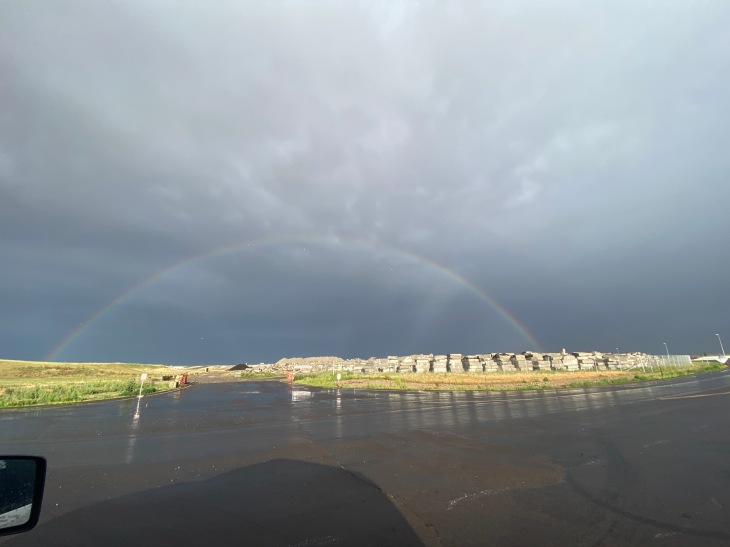 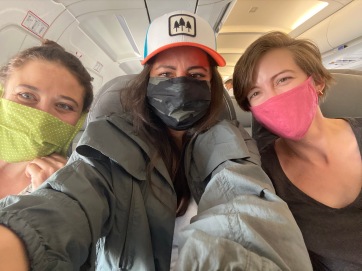 My friend Steph took many of these photos. You can see more of her adventures in the great outdoors on Instagram at ladyalltrails.

3 thoughts on “The Vacation Non-Race”