July has been a mountainous month for me. Colorado is a popular state in any season and mountain rentals are expensive, so when friends have one, you don’t pass up the opportunity. After coming back from Glacier, I spent three weekends in a row rallying down to the geographical center of this state for all the fun summer can serve up. Although my definition of fun might not be the same as yours…

Three years ago, I hiked the DeCaliBron and this summer, on July 19, I was hoping to hike BelOxMo. The hike is 16.5 miles with an estimated round trip time of 11 hours, so we began at 4:20am. If you’ve never started a hike that early, you are missing out. You start in the dark with only your headlamp to light your way through a thick forest, watching as the world turns to blues and grays, seeing emerging pink and orange lines across the sky, and finally stepping into a full technicolor world. Magical.

Unlike many 14er trails, this one started ascending instantly with calf-burning switchbacks hoisting you off the valley floor. I liked this, getting lots of climb out of the way. I felt like we were moving with purpose. And we were! We did the 4 mile, 4,500 foot gain hike to the top of Mt. Belford in 3 hours and 15 minutes. That’s really fast, especially considering we gained over 1,000 vertical feet per mile. It was cold and windy on the summit, so we stayed only a few moments, and then went to Mt. Oxford. The Oxford summit was wide and flat and pleasant, so we relaxed for a good 15 minutes, taking in the views and watching some weird summit, burrowing birds I’ve never seen before.

Then we faced the up the grueling hike to Belford. After the worst uphill ever on which we could only take about ten steps at a time before needing to catch our breath, we turned off a quarter mile before the Belford summit onto the Elkhead trail to go the back way toward Missouri. We didn’t see a single other person on that trail, only stunning landscapes. And gathering clouds. Dark, nasty storm clouds. We knew storms were in the forecast, but for 2pm, not 10:30am like it was at that moment. When we reached the trail for Missouri Mountain at 11am, normally plenty of time to hike the 1.6 miles to summit and get back to treeline at a safe time, the storms had arrived.

I’ve taken plenty of risks and been careless in my hikes in the past, but standing on top of a 14er in lightning, inching across rocks slick with rain, was not going to be one of them. We called the last peak off and not two minutes later, it started to sprinkle, then thunder, then hail, and then lightning. We ran for cover but were too far from treeline. We got pounded by hail, but fortunately, the lightning was sufficiently far from us that we weren’t really worried.

So yeah, it hurts a bit for the Missouri summit to have been only 1.6 miles away and to know I now have to repeat a bunch of miles to get there. But I have 18 other Class 2 and easy Class 3 peaks on my list I want to hike, so I can shove Missouri down the list for four years and hike it when I’ve forgotten about the minor annoyance of repeating the trail. 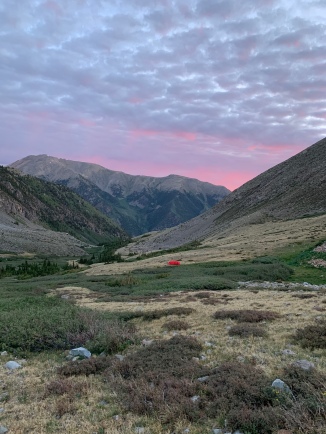 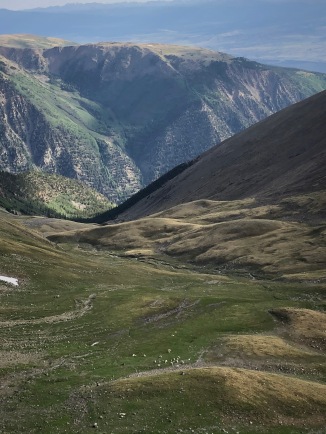 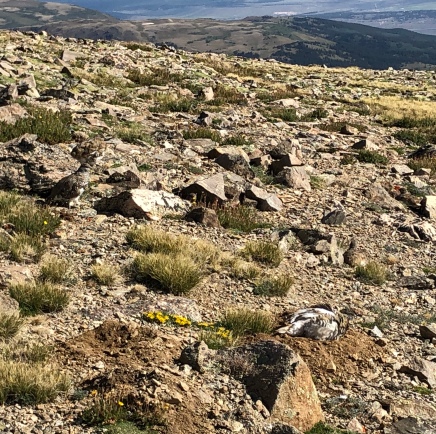 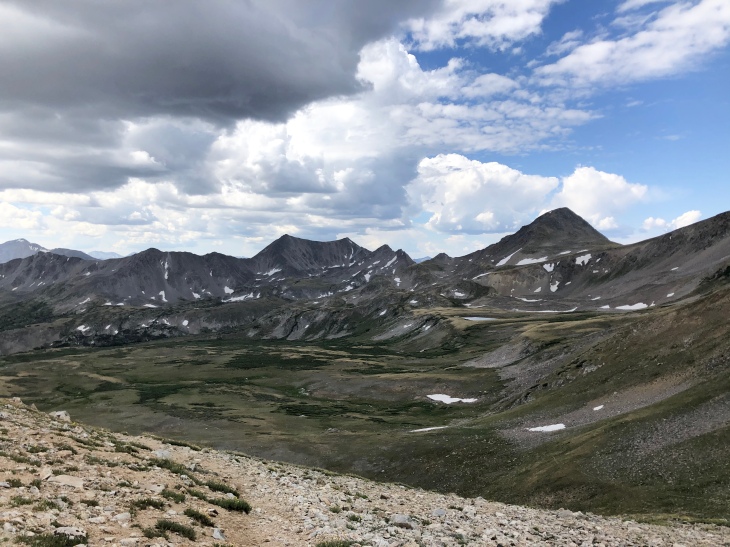 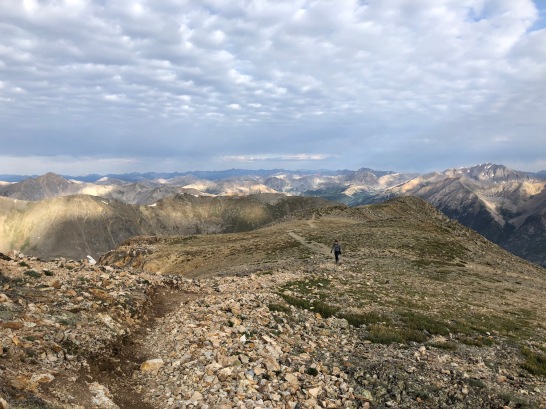 I’m no 14er purist. I’m a badass hiker who can go a long, long way on rough terrain, but my goal with 14ers is simply to get to the top, however that might happen. Mt. Evans has a road to the top. I’ve driven that road and in my book, that means I’ve “done” Mt. Evans. Why would I hike it when I can drive it? So with Mt Antero—a 16 mile hike—I’m just not terribly interested in hiking that far to bag only one peak. If there’s a shortcut, I’m going to take it.

And that shortcut is ATVs. The road to Mt. Antero is passable by off-road vehicle to over 13,000 ft. How fun to vroom-vroom up there like I’m in some post-apocalyptic movie and then do a quick summit hike. So that’s what we planned, but once again, the weather made other plans.

This has been the rainiest summer I can remember. Ever since the first weekend in May when I wanted to camp in Red Feather Lakes but couldn’t because of rain, it’s been raining and raining and raining. At 8am, the summit of Mt. Antero and the surrounding 14ers were ensconced in thick, dark clouds, so the plan was cancelled before the day started.

But we still took the ATVs out and had a blast at a much lower elevation. It was probably a good thing we didn’t do the scary Antero road. I hadn’t been on an ATV in almost ten years and there is a learning curve to understanding how they ride and handle. Things could have gone badly for us. Instead, we played in the Fourmile Recreation area and while I was timid at first, by the end of our rental period, I was whipping around those trails, jumping hills, and catching air. So much fun! I spent the rest of the weekend scoping out the hardest parts and most unique parts of the trail for my ultra marathon, hiking with Trotsky Bear, and just enjoying mountain living. 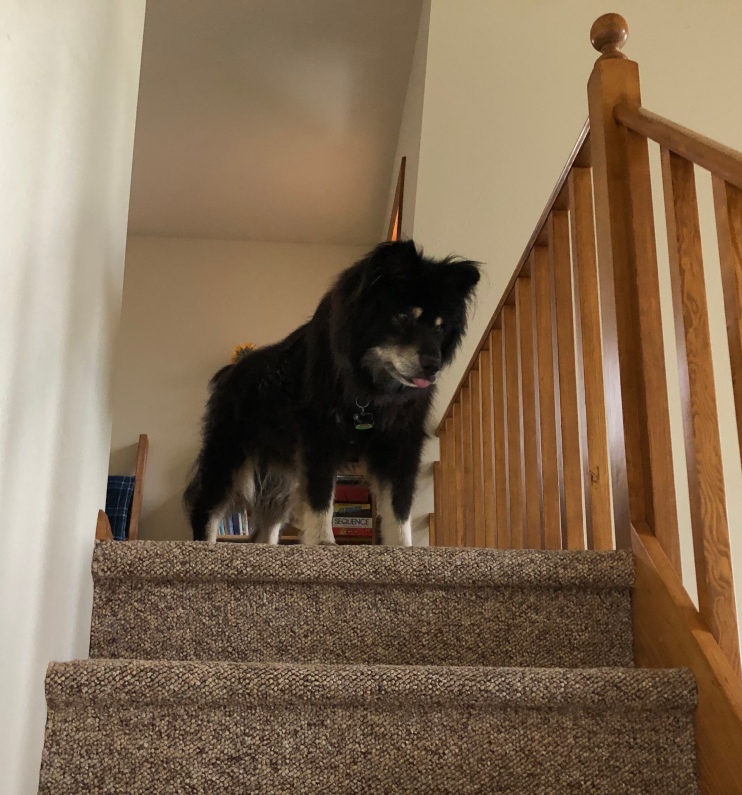 Nope, not a 14er this time, but a long, intense day nonetheless. After my friend Kat and I ran our impromptu 50k around Boulder back in May, we decided that we’d better go for the real deal if we wanted to call ourselves ultra runners. Enter the Sheep Mountain Endurance Run. This time, though, I had to actually train. In the two months leading up to our May run, I ran a grand total of 54.65 miles with 7,537 vertical feet. This time, I ran 118.1 miles with 18,413 vertical feet. That was more than twice as much, but still only a third of the recommended training plan. I was in better shape over all since gyms opened back up and I got in ten hard resistance classes at Mecha and two spin classes. Plus I had two hikes up 14ers. And I spent eight straight days of intense hiking/biking/kayaking in Glacier National Park. But I know I should have run a lot more.

The description on ultrasignup.com says “BE ADVISED: This race has been described as “Beautifully Difficult.” While the course meanders through some amazing country with stunning views of the Mosquito Range and surrounding 14er peaks, it is tough. The course features a terrain type for every runner, and a fair amount of what some would consider “unrunable stretches.” The average elevation for the course is 10,662′. It is only recommended for the truly stubborn and determined. You have been advised, save the whining.”

Well, yep, this course was insanely hard and vast stretches of it were definitely over unrunable rocks. And it had 5,666 feet of gain with a minimum elevation of 9,918 feet and a maximum of 12,437. That’s a hell of a distance to be running over 10,000 feet. But I am stubborn and I don’t whine, even when I wipe out during the race, which always seems to happen.

So how did I do? My stretch goal time was nine hours while my realistic goal was ten hours. Technically, I reached my stretch goal because I hit 31.07 miles at exactly the 9 hour mark, breaks included. But the race was 32.4 miles long, so I finished in 9 hours and 19 minutes, which included 48 minutes of breaks for food, rest, and first aid. I came in 43 out of 77 finishers (plus 4 DNFs). That’s a little bit worse for me than usual; I’m generally closer to the 50 percent mark. My stats are even worse by bracket: 13/17 for my age bracket and 8/10 for my age+gender bracket. But ultimately, I reached my personal goal. I did what I set my own training plan to be capable of. And I wasn’t last! Although the race director does give out a pretty cool “Dead Fucking Last” prize…

So I bet you’re dying to know—what’s next? Have I already signed up for a 50 miler? Well, I’ve been on the waitlist for Run Rabbit Run for a month now, although that race might not even take place. But…I actually don’t think ultrarunning is for me. I’m thrilled I did this, but I know that to go 50 miles, I need to train a lot, lot more. I was beyond dead the last seven miles of this race. I’m not sure I want to train more, though. Running isn’t life. I like gym workouts. I like enjoyable four mile trail runs. I don’t think I want to be running 50 miles a week for the next six weeks. I’m taking this week off (~ish), and then I’ll decide if I should ride this high and do a 50 miler in September or let myself enjoy the rest of the summer. 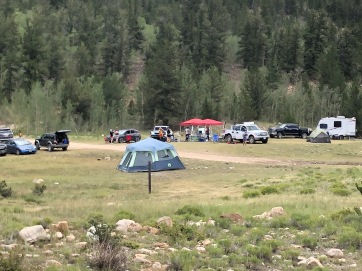